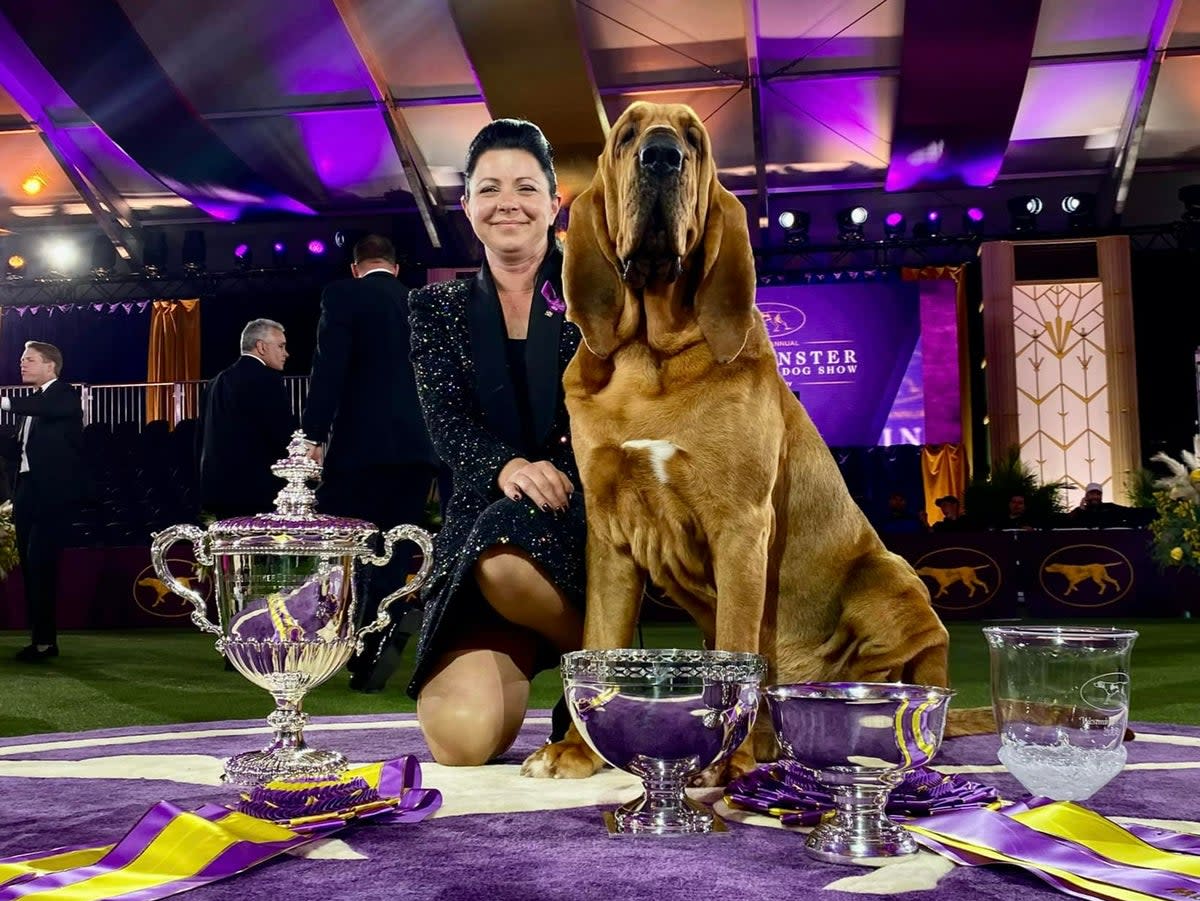 Trumpet is the first bloodhound to win the American “Super Bowl of Dog Shows”. He comes from a legendary line, apparently descending from the 2014 winner of the National Thanksgiving Dog Show – another famous American competition.

Trumpet loves crowds and the energy of the big show, according to his proud owners.

Along with Trumpet, six other finalists were vying for the title of best dog on Wednesday. These included Winston the French Bulldog, River the German Shepherd, Hollywood the Maltese, Belle the English Setter, Striker the Samoyed and MM the Lakeland Terrier.

Heather Helmer (also known as Heather Buehner), handler, co-breeder and co-owner of Trumpet, told the Associated press she was “shocked” by the result as the competition was tough, “and sometimes I feel like the sleuth is a bit of an underdog.”

The purpose of the contest is to crown the dog that most represents the ideal for its breed. For the Bloodhound, the American Kennel Club describes him as “noble and dignified, and characterized by solemnity, wisdom, and power.”

In an interview with the Associated pressahead of Wednesday’s finale, Fox said Winston came via his grandmother Sandy – who showed and bred Frenchies for many years.

Fox, who was recently signed with the Los Angeles Chargers, added: “It’s a joy to be with [and] he always walks around with as much smile on his face as a dog can get.

This year, the dog show drew up to 3,000 entries from 209 breeds from across the United States.

Usually held in the winter at New York’s Madison Square Garden, the show moved to the suburban Lyndhurst estate in Tarry Town, New York last year and this year due to the ongoing Covid-19 pandemic.