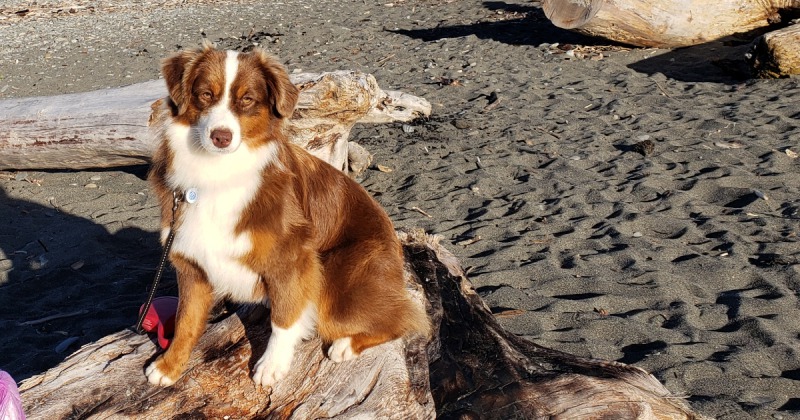 Mattie enjoys a day at the beach. [Photo provided]

Mattie’s assigned conformation ring date is June 20. Miniature American Shepherds are one of 30 herding breeds recognized by the American Kennel Club competing throughout the day. Westminster’s show series will end on June 22 with the Best in Show competition. Television portions of the series can be viewed on AKCTV.com.

Mattie will be introduced by Carrie Rosenkoetter from Missouri, a longtime friend of Mattie and Chang.