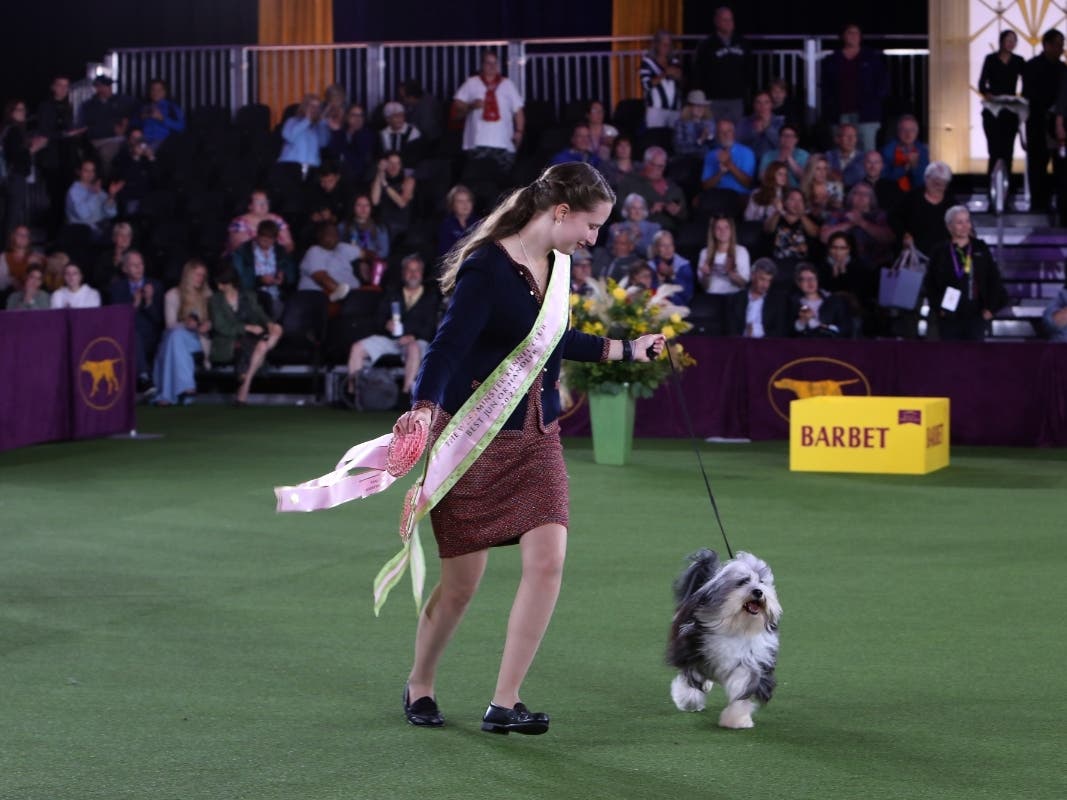 The young woman is Erin Bernecke, 18, who grew up in Middletown and now lives in North Carolina. She won the Junior Best Handler award with her one-year-old Lowchen, Rip, at the dog show held on June 22.

To win, Bernecke and his dog beat 86 other young and teenage competitors in the junior division of the dog show, held at the historic Lyndhurst estate just 30 miles north of New York. As the first place winner, Bernecker won a $10,000 junior scholarship.

Bernecke spent her entire childhood in Middletown and attended Middletown High School South. His parents chose to homeschool him during the pandemic and within the past two years the family moved to North Carolina.

She said it wasn’t until she was injured playing lacrosse in high school that she started competing in dog shows.

“I’ve always loved watching the Westminster Dog Show and thought it sounded fun, I might get into it,” she told Patch. “It’s not athletic like football or lacrosse, but you have to keep the dogs in top shape, so it takes muscle and training for both of us.”

This is Bernecke and Rip’s fourth show and the first time they have won; Bernecke said she was thrilled to take first place. She said she would use the $10,000 to help pay for her college education in North Carolina State, where she is studying business administration and marketing.

The young hardworking woman also has several part-time jobs, in addition to her college studies and her passion for dog training.

“I have hundreds of plans,” the young woman shared with Patch. “I definitely plan to go to more dog shows and continue to compete and I plan to breed dogs. This show was the last time I could compete in the Junior Show competition as I I’m now 18, so I’ll start competing as an adult. I love Rip and I’ve always had a special bond with him. He was my favorite puppy from the moment I saw him.”

And she also shared that she misses New Jersey.

“I definitely miss Middletown! North Carolina is nice, but it’s all so far away; you have to drive very long to go to the store or Starbucks. And the food is better in New Jersey.