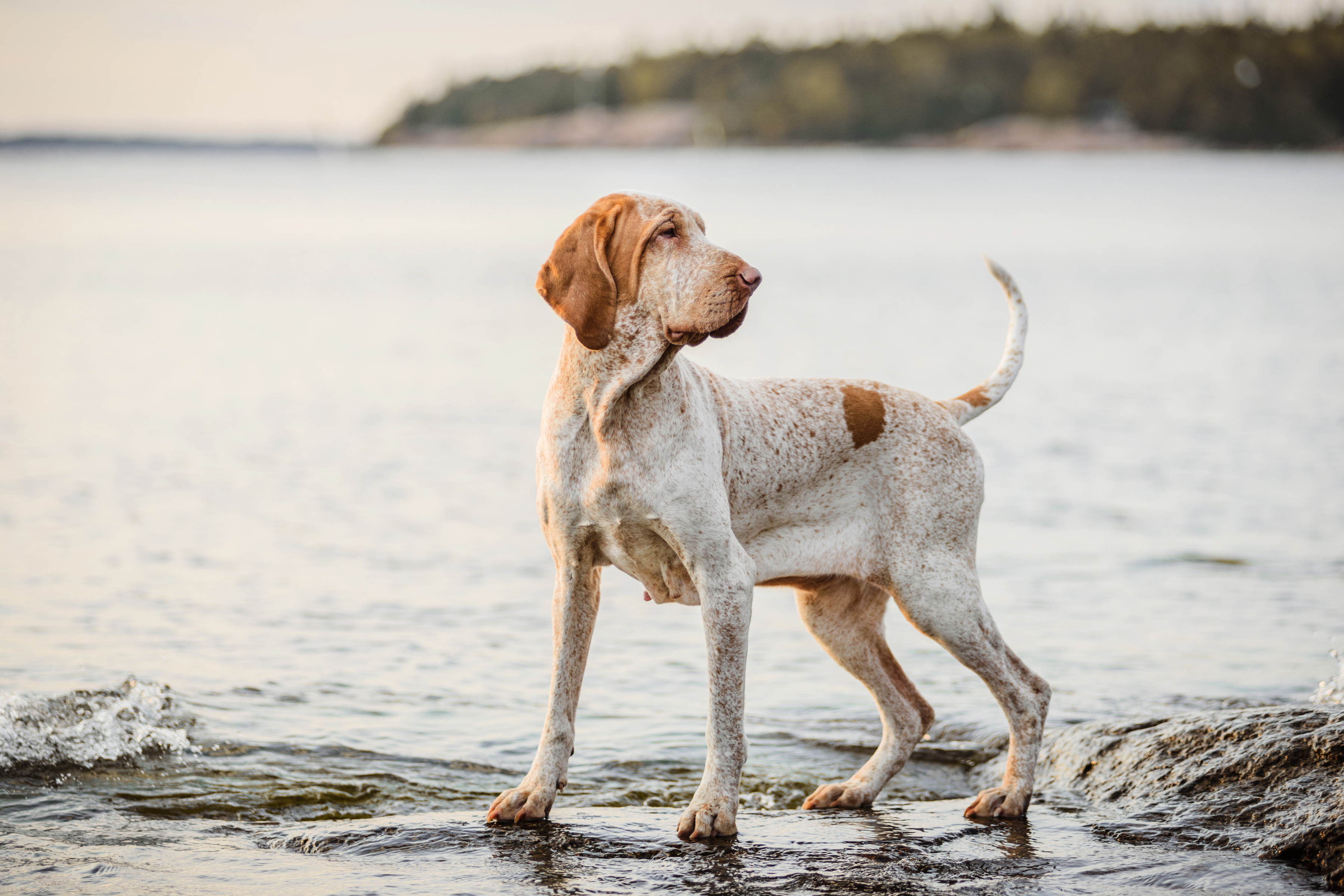 The Bracco Italiano dog breed has become the latest to be fully recognized by the American Kennel Club.

The dog was first introduced to the United States in the 1990s and there are now around 700 to 800 Bracchi in the country today, according to Amanda Inman, president of the Bracco Italiano Club of America (BICA).

While the breed’s introduction to the United States was relatively recent, its history goes back a long way. The Bracco has been described as the oldest European pointer, with a lineage dating back to the fourth or fifth century BC.

The breed is believed to have originated when people in ancient times crossed a Segugio Italiano with an ancient Molossian-type dog, such as an Asian Mastiff.

According to the American Kennel Club (AKC), which welcomes the Bracco Italiano as its 200th fully recognized breed, this type of dog comes in three distinct colors: white, white and orange, and white and brown.

Dogs of this breed typically weigh between 55 and 90 pounds and reach a height of 21 to 27 inches, with a life expectancy of 10 to 14 years.

The AKC describes the Bracco Italiano as an “all-around hunting dog” that is “gentle at home and tireless in the field.”

Hunting dogs are hunting dogs that were bred to help find and retrieve game. This group includes “pointing” breeds, as well as retrievers and others.

According to the AKC, the Bracco has a powerful appearance, with lean limbs, well-developed muscles and a sculpted head. In terms of personality, he is reliable, intelligent, docile and easy to train, while being tough and suitable for all types of hunting.

Although the exuberant breed can make an excellent family pet, they are primarily hunting dogs and will be best suited to an experienced handler rather than novice owners.

“They need firm but gentle training and will go wild if not trained in basic obedience and recall from a young age,” Inman said in an AKC statement.

Ericka Dennis, longtime owner of BICA member Bracco, said the breed is not necessarily for everyone.

“He’s a hunting dog and he’ll always do better with a person or family hunting with him,” Dennis said. “They need regular exercise and mental stimulation or they’ll find other outlets for their energy which aren’t always positive. Their happy times are when they’re out in the field chasing birds.”

If you’re interested in the breed, it’s important to note that getting a puppy in the United States can be tricky business considering there are only half a dozen dedicated, long-time breeders. Additionally, you may have to shell out between $2,500 and $3,000.